The Night Before the Tooth Fairy 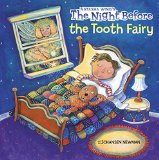 It wiggles, and waggles, and wiggles some more, but this little boy’s stubborn tooth just won’t come out! He hopes it will fall out soon because he can’t wait to meet the Tooth Fairy! This humorous tale based on Clement C… 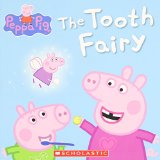 A brand new 8×8 storybook featuring Peppa — a lovable, slightly bossy little piggy! Peppa Pig has lost her first tooth! If she tucks it under her pillow, will the Tooth Fairy come for a special visit?

Ever been addicted to drowning? Paulie and his buds are regular small-town teens. Until the night Paulie drowns but doesn’t die. Normal people don’t tend to do that. And monsters exist, even in the suburbs.

The Berenstain Bears and the Tooth Fairy 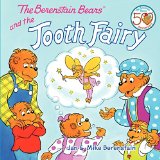 When Sister Bear notices that she has a loose tooth, she can’t wait for it to fall out so that the Tooth Fairy will come and leave a quarter under her pillow. But then Sister finds out that her best friend, Lizzy Bruin, got even more for the last tooth she lost! What is the Tooth Fairy thinking? Mama and Papa give her good advice while Sister waits for the Tooth Fairy’s next visit.

What Do The Fairies Do With All Those Teeth? is the title of a children’s book by Michel Luppens that is full of whimsical possibilities. In contrast, Peter Collington’s book tells a story with just one explanation…

It’s the Tooth Fairy against Nathan, a boy who’d rather keep his tooth than get the cash, thank you very much! Nathan’s lost his first tooth! And he’s thinking he’ll hold on to it, so thanks-but-no-thanks, Tooth Fairy…

The disquietude in Graham Joyce’s coming-of-age tale is that of having too much power as a child–the kind of power that turns your slightest wishes into mayhem. This power is granted to the rather ordinary and fearful member (neither the smartest nor the strongest) of a trio of friends growing up in small-town England by his stinky and enigmatic night visitor, the Tooth Fairy…

The Tooth Fairy has some competition. Meet El Ratón Pérez, the charming and adventurous mouse who collects children’s teeth in Spain and Latin America. When both the Tooth Fairy and El Ratón Pérez arrive to claim Miguelito’s tooth, sparks fly under the Mexican-American boy’s pillow…

You Think It’s Easy Being the Tooth Fairy?

All over America, kids are losing their teeth. And who is there to gather them up, leaving coins in their places? The Tooth Fairy, of course! A self-described “action kind of gal” with plenty of attitudes, she reveals her secrets at last…

When Matthew loses a tooth, Jessica decides to make the Tooth Fairy’s visit doubly worthwhile. Fantastic for encouraging children to keep their teeth clean enough to warrant a place in the ‘hall of perfect teeth’.